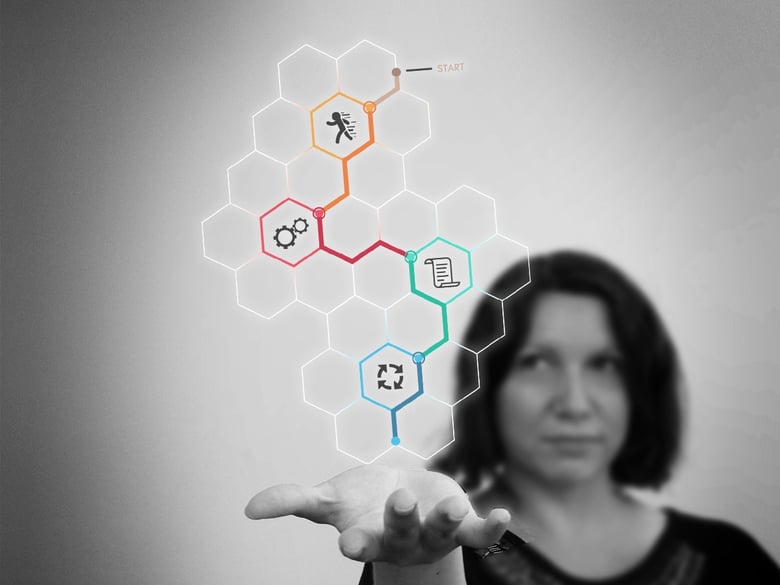 125 years ago, women were given the right to vote in New Zealand - the first country in the world to do so. As the country reflects on how far we’ve taken gender equality, it’s timely to consider the representation of women in the digital and technology spheres.

The tech space is dominated by men. In fact, in 2017 government stats showed that only 21% of New Zealand’s IT workforce was female, down from 23% four years earlier. MYOB recently warned that if the industry didn’t do something to improved gender equality, the number of women in it would decline even further.

I’m a woman, a mum and I’m proud to work in tech. My entire career has been in the tech space. When I was 19, I started out as a video editor working with TVNZ to deliver the first streaming video in NZ. When I was 20 I moved to Australia and worked on my first digital start-up where I also managed my first team designing what the future of digital media would be in 2018 (and we were pretty bloody close).

Over the last 20 years, I’ve worked with big brands and businesses like TVNZ, Microsoft, Telstra, Vodafone, Microsoft and NZME., as well as working with a number of excellent agencies, my own businesses and even my own restaurant with my big brother. Last year I launched a digital growth agency, Hype & Dexter, alongside an equally passionate team, and I’ve managed to do it all while also raising my newborn and 3yo.

I don’t say all of this to blow my own trumpet, I have worked bloody hard to get where I am. Although I have never felt that my sex has held me back there have been numerous times in my career where I have needed to command respect and to be listened to when overlooked due to my age early on in my career and the fact I’m female in a male-dominated industry.  This was most telling a few years ago I went to a New Zealand Computer Society anniversary in Rotorua. The people at my table started introducing themselves then someone asked me, “So, whose wife are you?” I was like, “... wow.” At the time, I was running my own successful digital business. I’d been a successful senior technologist for some of the top digital properties and I’d managed some of the best product development teams in the country. It was interesting because the subject matter of a lot of that conference was that we needed more females in that space, yet the immediate assumption from some of my peers in the industry was that I was somebody’s wife, it was quite amusing.

There’s always been gender-based discrimination in the tech industry and I’ve experienced my fair share. I’ve never felt like I’m disadvantaged because I’m female, though, but I’ve often found that I’ve had to make more of an effort to be heard. I’ve never let it hold me back, which sounds like such a stupid thing to have to say because what does ‘it’ even mean?

Tech is a massive part of my life, but it’s not everything. I’m also a mum. The birth of Hype & Dexter coincided with the birth of my second child which made for a pretty interesting 12 months or so. I quit my job a month before going on maternity leave, then started dealing with what would become our first client while I was in labour. While I was on maternity leave I did a lot of training and research around the pre-planning stages of setting up the business, while juggling the needs of a toddler and newborn.

I’m no superwoman, though. I understand that I’m in a very unique situation. My husband is amazing and I have the support of a nanny who doubles as a production assistant.

I regularly have that underlying feeling that I’m letting one side down, though. Mum guilt is huge and it’s something that as females we have to stop. On the flipside, when I’m talking about what I do as a mum, I have to be really aware that other people don’t feel bad because they’re not doing what I’m doing. Every family is different and every family has different levels of support. I don’t balance work and home life well enough (I don’t think many people think they do). But my kids are thriving, the business is thriving and everyone is happy and healthy. The house is a mess but you’ve got to let something go!

I think balancing it all comes down to getting the right support around you and finding creative ways to make everything work. For the first few months Hype & Dexter was up and running I worked five days a week and spent a day with the boys - usually at the zoo (annual zoo passes are amazing). I also make a real effort to get home in time for dinner, books and bed with my kids. And if family is important to me, it’s important to other people too which is why anyone who works for H&D is welcome to bring their kids into the office whenever they need to. We all work really hard, so it’s important that our jobs be as flexible as possible to fit everything in - and do it all well.

The tech industry is the future of New Zealand’s economy, but we need greater diversity to really get ahead. I’ve been in countless meetings where I’ve been the only woman, and I’ve worked in a number of companies where I’ve been the only female manager in a technology department. But the gender thing hasn’t changed how I work or how passionate I am about tech. I love what I do - tech is a part of me - and I put all of my effort into trying to be the best boss, business owner, wife and mum that I can be.